Area and population of European countries

This is a list of countries and territories in Europe by population density.

Some of the countries listed below are transcontinental, meaning that they are only partially located in Europe:

The primarily Central Asian nation of Kazakhstan is not included in the list below. Armenia and Cyprus are entirely within Asia physiographically, but have political, cultural and sporting ties to Europe.

There is some discussion about whether Kosovo should be recognised as a separate country. De facto it can be considered as one, but de jure recognition is not clear-cut. 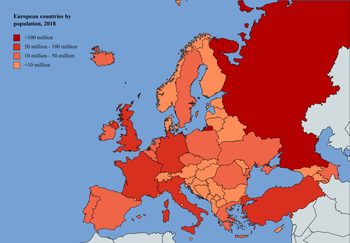 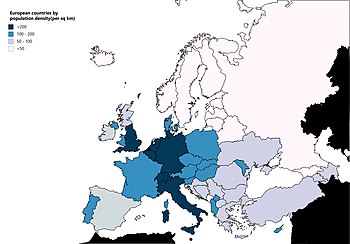