UNESCO's City of Literature programme is part of the wider Creative Cities Network. 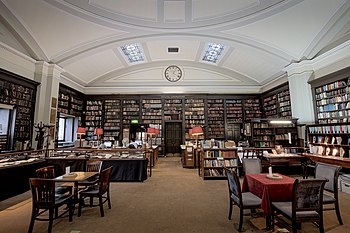 The Portico Library in Manchester 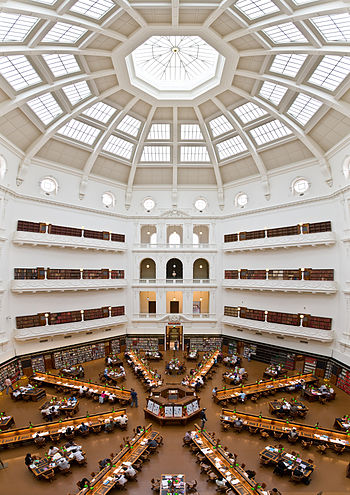 The State Library Victoria in Melbourne

The Network was launched in 2004, and now has member cities in seven creative fields. The other creative fields are: Crafts and Folk Art, Design, Film, Gastronomy, Media Arts, and Music.[1]

Criteria for Cities of Literature

To be approved as a City of Literature, cities need to meet a number of criteria set by UNESCO.[2]

Cities submit bids to UNESCO to be designated a City of Literature. The designations are monitored and reviewed every four years by UNESCO. 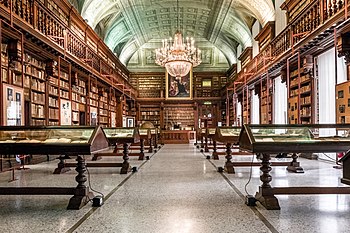 In 2004, Edinburgh became the first literary city. It hosts the annual International Book Festival and has its own poet laureate—the Makar.[3][4]

Ljubljana runs their Library Under the Treetops at various locations across the city, including Tivoli City Park and Zvezda Park. These sites offer a selection of book genres and several domestic and foreign newspapers and magazines.[5][6]

Manchester is home to the "world-class" Central Library and the "historic gems" of The Portico, John Rylands, and Chetham's.[7]

Melbourne's "vibrant literary scene" includes over 300 bookshops, Victoria State Library among many other libraries, a base for Penguin Random House and for Lonely Planet, the Wheeler Centre, and the Melbourne Writers' Festival.[8][9][10]

Prague's "great intellectual and creative resources," includes the book design, illustration, typography, and graphic design fields. It also has the National Library of the Czech Republic among over 200 libraries, one of Europe's highest concentrations of bookshops, and the Prague Writers' Festival.[11][12]

Montevideo is a "vibrant, eclectic place" and Québec City is a "gorgeous, seductive place."[18][19] 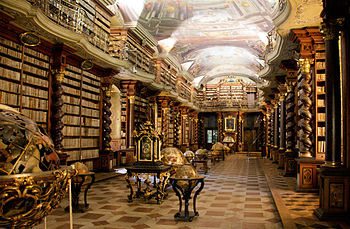 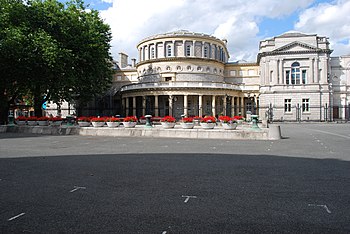 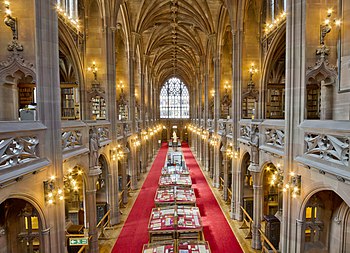 There are thirty-nine Cities of Literature, spanning twenty-eight countries, and six continents.

Twenty-four of the represented cities are European, seven are Asian, and three are North American. Oceania is represented by two cities, while Africa and South America have one designated city each.

Eight countries have two designated cities, while the UK has five.

The Cities of Literature are: