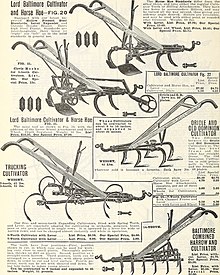 This 1916 advertisement distinguishes the list price and a lower our special price.

Suggested pricing methods may conflict with competition theory, as they allow prices to be set higher than would otherwise be the case, potentially negatively affecting consumers. However, resale price maintenance goes further than this and is illegal in many regions.

Much of the time, shops/stores charge less than the suggested retail price, depending upon the actual wholesale cost of each item, usually purchased in bulk from the manufacturer, or in smaller quantities through a distributor.

Concepts similar to the list price exist in many countries, but equivalents of the list price often cannot be compared directly internationally since products and services may differ to meet different legal requirements, and price figures communicated to consumers must include taxes and duties (for example) in the EU but not in the US.

India and Bangladesh do not have a list price but instead have a maximum retail price.

In the United Kingdom, the list price is referred to as a recommended retail price or RRP.

In 1998, the Secretary of State for Trade and Industry prohibited the placing of RRP on electrical goods under the "Domestic Electrical Goods Order", but this ruling was lifted by the Competition Commission in February 2012.[1]

In the United States, the list price is referred to as the manufacturer's suggested retail price or MSRP.

Under earlier US state Fair Trade statutes, the manufacturer was able to impose a fixed price for items. The fixed prices could offer some price protection to small merchants in competition against larger retail organizations. These were determined to be in restraint of trade. Many manufacturers have adopted MSRP, a price at which the manufacturer suggests the item be priced by a retailer. The term "suggested" can be misleading because in many cases, the MSRP is extremely high compared to the actual wholesale cost, opening the market to "deep discounters", who are able to sell products substantially below the MSRP but still make a profit. The discount stores benefit from exorbitant MSRPs because the discount offered increases the perceived value to customers.[citation needed]

A common use for MSRP can be seen in automobile sales in the United States. Prior to the spread of manufacturer's suggested retail pricing, there were no defined prices on vehicles, and car dealers were able to impose arbitrary markups, often with prices adjusted to what the salesperson thought the prospective purchaser would be willing to pay for a particular vehicle.

Currently, the MSRP, or "sticker price", the price of a vehicle as labeled by the manufacturer, is clearly labeled on the windows of all new vehicles, on a Monroney sticker, commonly called the "window sticker." It is different from the actual price paid to the manufacturer by the dealer, which is known as the "invoice price." There are now numerous sources, such as online appraisal tools, that can be used to find the MSRP and invoice price.[2]

A minimum advertised price (MAP) is the practice of a manufacturer providing marketing funds to a retailer contingent on the retailer advertising an end customer price at or above a specified level. Such agreements can be illegal in some countries when members and terms in the agreement match predefined legal criteria.

Fixed pricing established between a distributor and seller or between two or more sellers may violate antitrust laws in the United States.

In Leegin Creative Leather Prods., Inc. v. PSKS, Inc., 127 S. Ct. 2705 (2007), the Supreme Court considered whether federal antitrust law established a per se ban on minimum resale price agreements and, instead, allow resale price maintenance agreements to be judged by the rule of reason, the usual standard applied to determine if there is a violation of section 1 of the Sherman Act. In holding that vertical price restraints should be judged by the rule of reason, the Court overruled Dr. Miles Medical Co. v. John D. Park & Sons Co., 220 U.S. 373 (1911).

Because the rule of reason applies, minimum RPM agreements may still be unlawful. In fact, in Leegin, the Court identified at least two ways in which a purely vertical minimum RPM agreement might be illegal. First, “[a] dominant retailer ... might request resale price maintenance to forestall innovation in distribution that decreases costs. A manufacturer might consider it has little choice but to accommodate the retailer's demands for vertical price restraints if the manufacturer believes it needs access to the retailer's distribution network". Second, “[a] manufacturer with market power... might use resale price maintenance to give retailers an incentive not to sell the products of smaller rivals or new entrants”.

In both of these examples, an economically powerful firm uses the RPM agreement to exclude or raise entry barriers for its competition.

In addition, federal law is not the only source of antitrust claims as almost all of the states have their own antitrust laws.

In the UK in September 2010 an investigation

was launched by the Office of Fair Trading into breaches of competition law by online travel agents and the hotel industry in relation to the advertised pricing of hotel rooms. As of April 2011, this was an administrative priority of the OFT.

'Rack rate' is the travel industry term for the published full price of a hotel room, which the customer would pay by just walking into the hotel off the street and asking for a room. In some jurisdictions, a customer may be entitled to overstay a reservation by paying the rack rate. While the rack rate is lower than the maximum rate that the hotel may be allowed to charge under local laws, it is higher than the rate most travel agents can book for their customers. Sometimes the terms "run of the house" or "walk-up rate" are used to refer to the same highest rate.

The term "rack rate" is also used by travel-related service providers, such as car rental companies or travel mobile phone rental companies, to refer to the same highest rate that customers would be charged with no prebookings.