The Star Tribune is the largest newspaper in Minnesota. It originated as the Minneapolis Tribune in 1867 and the competing Minneapolis Daily Star in 1920. During the 1930s and 1940s Minneapolis's competing newspapers were consolidated, with the Tribune published in the morning and the Star in the evening. They merged in 1982, creating the Star and Tribune, and it was renamed to Star Tribune in 1987. After a tumultuous period in which the newspaper was sold and re-sold and filed for bankruptcy protection in 2009, it was purchased by local businessman Glen Taylor in 2014.

The Star Tribune serves Minneapolis and is distributed throughout the Minneapolis–Saint Paul metropolitan area, the state of Minnesota and the Upper Midwest. It typically contains a mixture of national, international and local news, sports, business and lifestyle content. Journalists from the Star Tribune and its predecessor newspapers have won seven Pulitzer Prizes, most recently winning for Breaking News in 2021. The newspaper's headquarters is in downtown Minneapolis. Its distribution is ranked 7th in the United States.

The Star Tribune's roots date to the creation of the Minneapolis Daily Tribune by Colonel William S. King, William D. Washburn, and Dorilus Morrison; the Tribune's first issue was published on May 25, 1867. The newspaper went through several different editors and publishers during its first two decades, including John T. Gilman, George K. Shaw, Albert Shaw, and Alden J. Blethen. In 1878 the Minneapolis Evening Journal began publication, giving the Tribune its first competition. On November 30, 1889, the Tribune headquarters in downtown Minneapolis caught fire. Seven people were killed and 30 injured, and the building and presses were a total loss.[2]:3, 10–14[3]

In 1891, the Tribune was purchased by Gilbert A. Pierce and William J. Murphy for $450,000 (equivalent to $11.9 million in 2019[4]). Pierce quickly sold his share to Thomas Lowry and Lowry sold it to Murphy, making Murphy the newspaper's sole owner. His business and legal background helped him structure the Tribune's debt and modernize its printing equipment. The newspaper experimented with partial-color printing and the use of halftone for photographs and portraits. In 1893, Murphy sent the Tribune's first correspondent to Washington, D.C. As Minneapolis grew, the newspaper's circulation expanded; the Tribune and the Evening Journal were closely competitive, with the smaller Minneapolis Times in third place. In 1905, Murphy bought out the Times and merged it with the Tribune.[2]:15–18

He died in 1918, endowing a school of journalism at the University of Minnesota. After a brief transitional period, Murphy's son Fred became the Tribune's publisher in 1921.[2]:23, 29

The other half of the newspaper's history begins with the Minnesota Daily Star, which was founded on August 19, 1920, by elements of the agrarian Nonpartisan League and backed by Thomas Van Lear and Herbert Gaston. The Daily Star had difficulty attracting advertisers with its overt political agenda, and went bankrupt in 1924. After its purchase by A. B. Frizzell and former New York Times executive John Thompson, the newspaper became the politically independent Minneapolis Daily Star.[2]:55–56[5] 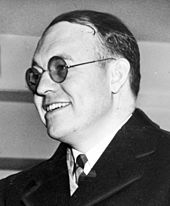 In 1935, the Cowles family of Des Moines, Iowa, purchased the Star. The family patriarch, Gardner Cowles, Sr., had purchased The Des Moines Register and the Des Moines Tribune during the first decade of the century and managed them successfully. Gardner's son, John Cowles, Sr. (1898–1983), moved to Minneapolis to manage the Star. Under him it had the city's highest circulation, pressuring Minneapolis's other newspapers. In 1939 the Cowles family purchased the Minneapolis Evening Journal, merging the two newspapers into the Star-Journal. Tribune publisher Fred Murphy died in 1940; the following year the Cowles family bought the Tribune and merged it with their company, giving it ownership of the city's major newspapers. The Tribune became the city's morning newspaper, the Star-Journal (renamed the Star in 1947) was the evening newspaper, and they published a joint Sunday edition. A separate evening newspaper (the Times) was spun off, which published until 1948.[2]:57–62[6]

In 1944, John Cowles, Sr., hired Wisconsin native and former Tulsa Tribune editor William P. Steven as managing editor of the two newspapers; Steven became vice president and executive editor in 1954. During his tenure in Minneapolis, he was president of the Associated Press Managing Editors Association in 1949 and first chairman of the organization's Continuing Study Committee. By August 1960 John Cowles, Jr., was vice president and associate editor of the two papers, and it was soon apparent that he disapproved of Steven's hard-nosed approach to journalism. When Steven chafed under the younger Cowles's management, he was fired.[7][8]

After Steven's ouster, John Cowles, Jr., was editor of the two newspapers; he became president in 1968 and editorial chairman the following year. He had a progressive political viewpoint, publishing editorials supporting the civil rights movement and liberal causes.[9]

In 1982 the afternoon Star was discontinued due to dwindling circulation, a trend common for afternoon newspapers. The two papers were merged into a single morning paper, the Minneapolis Star and Tribune. Cowles, Jr., fired publisher Donald R. Dwight. His handling of Dwight's termination led to his removal as editor in 1983, although his family retained a controlling financial interest in the newspaper.[9]

In 1983, the Star and Tribune challenged a Minnesota tax on paper and ink before the Supreme Court of the United States. In Minneapolis Star Tribune Co. v. Commissioner, the court found that the tax (which targeted specific newspapers) was a violation of the First Amendment.[10] In 1987 the newspaper's name was simplified to Star Tribune, and the slogan "Newspaper of the Twin Cities" was added.[6]

In 1998 the McClatchy Company purchased Cowles Media Company for $1.4 billion, ending the newspaper's 61-year history in the family in one of the largest sales in American newspaper history. Although McClatchy sold many of Cowles's smaller assets, it kept the Star Tribune for several years. On December 26, 2006, McClatchy sold the paper to private equity firm Avista Capital Partners for $530 million, less than half of what it had paid for Cowles eight years earlier.[11][12]

In March 2007 Par Ridder was appointed Star Tribune publisher after his predecessor, J. Keith Moyer, left the newspaper after the sale.[13] Ridder is a member of the Ridder family, which had owned Knight Ridder (publishers of several newspapers, including the rival St. Paul Pioneer Press). Ridder's arrival resulted in litigation when it was discovered that he had stolen a hard drive containing information about employees and advertisers which the Pioneer Press called "trade secrets". Ridder also took two high-ranking staff members with him to the Minneapolis paper, which raised eyebrows since such employees usually have non-compete clauses in their contracts. On September 18, 2007, Ridder was removed from his post by a Ramsey County judge,[14][15][16] and he resigned on December 7.[17]

On January 15, 2009, the paper, the country's 15th-largest daily, filed for bankruptcy under Chapter 11.[18][19][20][21] On September 17 the United States Bankruptcy Court for the Southern District of New York approved a bankruptcy plan for the Star Tribune, which emerged from bankruptcy protection on September 28. The paper's senior secured lenders received about 95 percent of the post-bankruptcy company.[22]

Wayzata Investment Partners became majority owner of the Star Tribune Company in August 2012, with a 58 percent stake.[25] In 2014, the company was acquired by Glen Taylor, owner of the NBA's Minnesota Timberwolves. Taylor, a former Republican state senator, said that the Star Tribune would be less liberal under his ownership. However, he said that the newspaper had already begun a shift and he would focus on accurately reporting both sides of all issues.[26][27] In May 2015, the company acquired alternative weekly City Pages from Voice Media Group.[28]

The Star Tribune went online in 1995, introducing the StarTribune.com website the following year. In 2011, the website erected a paywall.[6][33] The online subscription management under the platform cannot be canceled online or via email, and can only be canceled by phone.[34]

In 2021, the board of the Star Tribune won the Pulitzer prize for breaking news coverage for the "urgent, authoritative and nuanced" coverage of the murder of George Floyd.[42]

Columnists affiliated with the Star Tribune include:

Michael J. Klingensmith is publisher and CEO of Star Tribune Media Company, with overall responsibility for its news and business operations. He was hired in 2010.[17] After the Star Tribune's bankruptcy its former ownership group, led by New York City-based Avista Capital Partners, has no stake in the company.[22]

After the city's newspapers were consolidated by the Cowles family, their offices were gradually moved to the former the Daily Star headquarters in downtown Minneapolis. The building was renovated in 1939–1940, and expanded in a larger renovation from 1946 to 1949. After 1949, the building housed the offices and presses of the Star and the Tribune. During the 1980s an annex, the Freeman Building, was built across the street from the headquarters and connected with a skyway.[43][44] In 1987, the Star Tribune opened a new, $110 million printing plant, called the Heritage Center, in a historic warehouse district on the northern edge of downtown Minneapolis. Its five offset presses took over the printing of all Star Tribune editions. News and business offices remained in the downtown headquarters, whose old presses were removed.[45]

In 2014, the company announced that it would relocate from the 95-year-old headquarters building to Capella Tower to make way for development around nearby U.S. Bank Stadium. Demolition of the buildings began in 2014, the last employees relocated in mid-2015, and the demolition completed later that year.[46][47] Also in 2014, the Star Tribune's Heritage printing plant began printing the St. Paul Pioneer Press[48] under a contract with its cross-town rival. The following year USA Today contracted with the Star Tribune to print regional copies of its daily edition at the Heritage plant.[49] Printing plants owned by those newspaper companies in St. Paul and Maple Grove, Minn., shut down.[48][49]