Victor Lance Vescovo (born 1966) is an American private equity investor, retired naval officer, and undersea explorer. He is a co-founder and managing partner of private equity company Insight Equity Holdings.[1] He visited the deepest points of all Earth's five oceans during the Five Deeps Expedition of 2018–2019.

Vescovo grew up in Dallas, Texas, where he graduated from St. Mark's School of Texas. He earned a bachelor's degree in Economics and Political Science from Stanford University, a master's degree in Defense and Arms Control Studies (Political Science) from the Massachusetts Institute of Technology, and an MBA from Harvard Business School where he was a Baker scholar.[2]

In 2018, Vescovo launched the Five Deeps Expedition, whose objective was to thoroughly map and visit the bottom of all five of the world's oceans by the end of September 2019.[4][5] This objective was achieved one month ahead of schedule, and the expedition's team successfully carried out biological samplings and depth confirmations at each location. Besides the deepest points of the five world oceans, the expedition also made dives in the Horizon Deep and the Sirena Deep, and mapped the Diamantina Fracture Zone.

In December 2018, he became the first person to reach the deepest point of the Atlantic Ocean, piloting DSV Limiting Factor, a reported US$50 million submarine system (Triton 36000/2)[6] – including its support ship the DSSV Pressure Drop and its three ultra-deep-sea robotic landers – 8,376 m (27,480 ft) below the ocean surface to the base of the Puerto Rico Trench, an area subsequently referred to by world media as Brownson Deep.[1]

On February 4, 2019, he became the first person to reach the bottom of the Southern Ocean, in the southern portion of the South Sandwich Trench.[7] For this attempt, the expedition used a Kongsberg EM124 multibeam sonar system − the most advanced in civilian use at the time − to achieve the most accurate mapping of the trench to date.

On April 16, 2019, Vescovo dived to the bottom of the Sunda Trench south of Bali, reaching the bottom of the Indian Ocean. Likewise, this was done aboard the Limiting Factor. The team reported sightings of what they believed to be species new to science, including a hadal snailfish and a gelatinous organism believed to be a stalked ascidean.[8] The same dive was later undertaken by Patrick Lahey, President of Triton Submarines, and the expedition's chief scientist, Dr. Alan Jamieson. This dive was organised subsequent to the scanning of the Diamantina Fracture Zone using multibeam sonar, confirming that the Sunda Trench was deeper and settling the debate about where the deepest point in the Indian Ocean is. 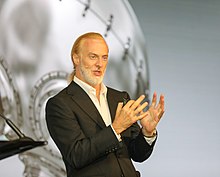 On April 28, 2019, Vescovo descended nearly 11 km (6.8 mi) to the deepest place in the ocean – the Challenger Deep in the Pacific Ocean's Mariana Trench. On his first descent, he piloted the DSV Limiting Factor to a depth of 10,928 m (35,853 ft), a world record by 16 m (52 ft).[9] Diving for a second time on May 1, he became the first person to dive the Challenger Deep twice, finding "at least three new species of marine animals" and "some sort of plastic waste".[10][11] Among the underwater creatures Vescovo encountered were a snailfish at 26,250 ft (8,000 m) and a spoon worm at nearly 23,000 ft (7,000 m), the deepest level at which the species had ever been encountered.[12] On May 7, 2019, Vescovo and Jamieson made the first human-occupied deep submersible dive to the bottom of the Sirena Deep, the third deepest point in the ocean lying about 128 miles northeast from Challenger Deep. The time they spent there was 176 minutes; among the samples they retrieved was a piece of mantle rock from the western slope of the Mariana Trench.[13][14]

On June 10, 2019, Vescovo reached the bottom of the Horizon Deep in the Tonga Trench, confirming that it is the second deepest point on the planet and the deepest in the Southern Hemisphere at 10,823 m (35,509 ft). In doing so, Vescovo had descended to the first, second, and third deepest points in the ocean. Unlike the Sunda and Mariana Trenches, no signs of human contamination were found in the deep, which was described by the expedition as "completely pristine".[15]

Vescovo completed the Explorers Grand Slam (Last Degree) by climbing the highest peak on each of the seven continents, and skied the Last Degree of Latitude at both the North and South Poles.[19] Uniquely, with the successful completion of his Five Deeps Expedition, Vescovo has also dived the deepest point in each of the five world's oceans.[20] He is the first human to have reached the bottom of the Puerto Rico Trench, the Sunda Trench, the Molloy Deep, the Sirena Deep, the Horizon Deep, and the deepest point of the Southern Ocean, which lies in the southern end of the South Sandwich Trench. He is also the first to have dived the Challenger Deep more than once, doing so twice, as well as the first to have visited the three deepest points in the ocean (the Challenger, Horizon, and Sirena Deeps).

In June, 2020 Vescovo returned to the Challenger Deep, specially equipped to survey its three, well-defined basins, or "pools". Carrying three CTDs on his submersible Limiting Factor as well as one CTD and one depthometer on each of his three independent robotic "landers". Vescovo piloted six passengers to the bottom of the Challenger Deep. These included former Astronaut and NOAA Administrator Kathryn Sullivan, the first woman to ultimate depth; Kelly Walsh, the son of Don Walsh (who with Jacques Piccard made the first dive into the Challenger Deep) to become the only father/son team to make this journey albeit 60 years apart; and Vanessa O'Brien, the first woman to climb Everest and also descend to the bottom of the seafloor (Vescovo was the first person). At the end of his 2020 dives, Vescovo had the unique record of eight total dives to Challenger Deep, including the record for the deepest dive in history on April 28, 2019.[21] Vescovo has announced plans for a return to the Challenger Deep in 2021.