Wired (stylized as WIRED) is a monthly American magazine, published in print and online editions, that focuses on how emerging technologies affect culture, the economy, and politics. Owned by Condé Nast, it is headquartered in San Francisco, California, and has been in publication since March/April 1993.[2] Several spin-offs have been launched, including Wired UK, Wired Italia, Wired Japan, and Wired Germany.

In its earliest colophons, Wired credited Canadian media theorist Marshall McLuhan as its "patron saint". From its beginning, the strongest influence on the magazine's editorial outlook came from techno-utopian cofounder Ian Charles Stewart and his associate Kevin Kelly.[3]

Wired contributor Chris Anderson is known for popularizing the term "the long tail",[4] as a phrase relating to a "power law"-type graph that helps to visualize the 2000s emergent new media business model. Anderson's article for Wired on this paradigm related to research on power law distribution models carried out by Clay Shirky, specifically in relation to bloggers. Anderson widened the definition of the term in capitals to describe a specific point of view relating to what he sees as an overlooked aspect of the traditional market space that has been opened up by new media.[5]

The magazine coined the term crowdsourcing,[6] as well as its annual tradition of handing out Vaporware Awards, which recognize "products, videogames, and other nerdy tidbits pitched, promised and hyped, but never delivered".[7] 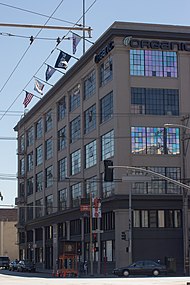 The magazine was founded by American journalist Louis Rossetto and his partner Jane Metcalfe, along with Ian Charles Stewart, in 1993 with initial backing from software entrepreneur Charlie Jackson and eclectic academic Nicholas Negroponte of the MIT Media Lab, who was a regular columnist for six years (through 1998), wrote the book Being Digital, and later founded One Laptop per Child. The founding designers were John Plunkett and Barbara Kuhr (Plunkett+Kuhr), beginning with a 1991 prototype and continuing through the first five years of publication, 1993–98.

Wired, which touted itself as "the Rolling Stone of technology",[8] made its debut at the Macworld conference on January 2, 1993.[9] A great success at its launch, it was lauded for its vision, originality, innovation, and cultural impact.[citation needed] In its first four years, the magazine won two National Magazine Awards for General Excellence and one for Design.[citation needed]

The founding executive editor of Wired, Kevin Kelly, was an editor of the Whole Earth Catalog and the Whole Earth Review and brought with him contributing writers from those publications. Six authors of the first Wired issue (1.1) had written for Whole Earth Review, most notably Bruce Sterling (who was highlighted on the first cover)[2] and Stewart Brand. Other contributors to Whole Earth appeared in Wired, including William Gibson, who was featured on Wired's cover in its first year.[10]

Wired cofounder Louis Rossetto claimed in the magazine's first issue that "the Digital Revolution is whipping through our lives like a Bengali typhoon,"[11] yet despite the fact that Kelly was involved in launching the WELL, an early source of public access to the Internet and even earlier non-Internet online experience, Wired's first issue de-emphasized the Internet and covered interactive games, cell-phone hacking, digital special effects, military simulations, and Japanese otaku. However, the first issue did contain a few references to the Internet, including online dating and Internet sex, and a tutorial on how to install a bozo filter. The last page, a column written by Nicholas Negroponte, was written in the style of an email message but contained obviously fake, non-standard email addresses. By the third issue in the fall of 1993, the "Net Surf" column began listing interesting FTP sites, Usenet newsgroups, and email addresses, at a time when the numbers of these things were small and this information was still extremely novel to the public. Wired was among the first magazines to list the email address of its authors and contributors. 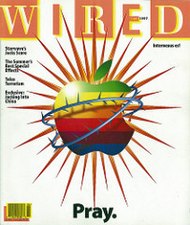 Cover of the June 1997 issue.[12] The main article was about Apple Computer's NeXT acquisition, Steve Jobs' return as an "advisor" to then-CEO Gil Amelio, and Apple's dire straits at the time.[13] It depicts the iconic Apple logo with a stylized "crown of thorns". The tagline "Pray" is a nod to the company's Apple evangelists and "devout" followers.

Associate publisher Kathleen Lyman (formerly of News Corporation and Ziff Davis) was brought on board to launch Wired with an advertising base of major technology and consumer advertisers. Lyman, along with Simon Ferguson (Wired's first advertising manager), introduced revolutionary ad campaigns by a diverse group of industry leaders—such as Apple Computer, Intel, Sony, Calvin Klein, and Absolut—to the readers of the first technology publication with a lifestyle slant.

The magazine was quickly followed by a companion website (HotWired), a book publishing division (HardWired), a Japanese edition, and a short-lived British edition (Wired UK). Wired UK was relaunched in April 2009.[14] In 1994, John Battelle, cofounding editor, commissioned Jules Marshall to write a piece on the Zippies. The cover story broke records for being one of the most publicized stories of the year and was used to promote Wired's HotWired news service.[15]

HotWired spawned websites Webmonkey, the search engine HotBot, and a weblog, Suck.com. In June 1998, the magazine launched a stock index, the Wired Index, called the Wired 40 since July 2003.

The fortune of the magazine and allied enterprises corresponded closely to that of the dot-com bubble. In 1996, Rossetto and the other participants in Wired Ventures attempted to take the company public with an IPO. The initial attempt had to be withdrawn in the face of a downturn in the stock market, and especially the Internet sector, during the summer of 1996. The second try was also unsuccessful.

Rossetto and Metcalfe lost control of Wired Ventures to financial investors Providence Equity Partners in May 1998, which quickly sold off the company in pieces. Wired was purchased by Advance Publications, which assigned it to Advance's subsidiary, New York–based publisher Condé Nast Publications (while keeping Wired's editorial offices in San Francisco).[16] Wired Digital (wired.com, hotbot.com, webmonkey.com, etc.) was purchased by Lycos and run independently from the rest of the magazine until 2006, when it was sold by Lycos to Advance Publications, returning the websites to the same company that published the magazine. 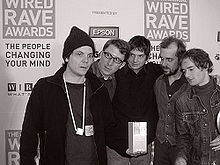 Wilco at the Wired Rave Awards in 2003

Under Anderson, Wired has produced some widely noted articles, including the April 2003 "Welcome to the Hydrogen Economy" story, the November 2003 "Open Source Everywhere" issue (which put Linus Torvalds on the cover and articulated the idea that the open-source method was taking off outside of software, including encyclopedias as evidenced by Wikipedia), the February 2004 "Kiss Your Cubicle Goodbye" issue (which presented the outsourcing issue from both American and Indian perspectives), and an October 2004 article by Chris Anderson, which coined the popular term "the Long Tail".

The November 2004 issue of Wired was published with The Wired CD. All of the songs on the CD were released under various Creative Commons licenses in an attempt to push alternative copyright into the spotlight. Most of the songs were contributed by major artists, including the Beastie Boys, My Morning Jacket, Paul Westerberg, and David Byrne.

In 2006, writer Jeff Howe and editor Mark Robinson coined the term "crowdsourcing" in the June issue.[6]

In 2009, Condé Nast Italia launched the Italian edition of Wired and Wired.it.[22] On April 2, 2009, Condé Nast relaunched the UK edition of Wired, edited by David Rowan, and launched Wired.co.uk.[23] Also in 2009, Wired writer Evan Ratliff "vanished", attempting to keep his whereabouts secret, saying "I will try to stay hidden for 30 days." A $5,000 reward was offered to his finder(s).[24] Ratliff was found September 8 in New Orleans by a team effort, which was written about by Ratliff in a later issue. In 2010, Wired released its tablet edition.[25]

In 2012, Limor Fried of Adafruit Industries became the first female engineer featured on the cover of Wired.[26]

In May 2013, Wired was included in Condé Nast Entertainment with the announcement of five original webseries, including the National Security Agency satire Codefellas and the animated advice series Mister Know-It-All.[27][28] 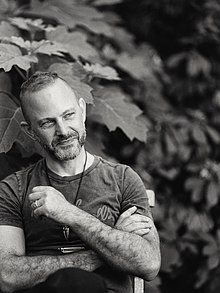 The Wired.com website, formerly known as Wired News and HotWired, launched in October 1994.[31] The website and magazine were split in the late 1990s, when the latter was purchased by Condé Nast Publishing, Wired News (the website) was bought by Lycos not long after. The two remained independent until Condé Nast purchased Wired News on July 11, 2006,[32] largely in response to declining profits. This move finally reunited the print and digital editions of Wired and both are currently (as of 2019) closely linked editorially.

As of February 2018, Wired.com is paywalled. Users may only access up to 4 articles per month without payment.[33]

Geekipedia is a supplement to Wired.[36]