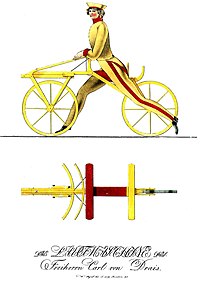 Original Laufmaschine of 1817 made to measure.