Yiannis Ritsos (Greek: Γιάννης Ρίτσος; 1 May 1909 – 11 November 1990) was a Greek poet and communist and an active member of the Greek Resistance during World War II. While he disliked being regarded as a political poet, he has been called "the great poet of the Greek left".

Born to a well-to-do landowning family in Monemvasia, Ritsos suffered great losses as a child. The early deaths of his mother and eldest brother from tuberculosis, his father's struggles with a mental disease, and the economic ruin of his family marked Ritsos and affected his poetry. Ritsos himself was confined in a sanatorium for tuberculosis from 1927–1931.[2]

In 1934, Ritsos joined the Communist Party of Greece (KKE).[3] He maintained a working-class circle of friends and published Tractor in 1934. Kostis Palamas, the well known and respected poet, impressed by his talent, praised him publicly.

In 1935, he published Pyramids; these two works sought to achieve a fragile balance between faith in the future, founded on the Communist ideal, and personal despair. Tractors and Pyramids initially were not well-received by leftist critics, who found the language "too embellished" and Ritsos overly focused on form.[4]

He was inspired for his landmark poem Epitaphios by a photo of a dead protester during a massive tobacco-workers demonstration in Thessaloniki in May 1936. Published the same year, it broke with the shape of the Greek traditional popular poetry and expressed in clear and simple language a message of the unity of all people.[2]

Political upheaval and the poet

In August 1936, the right-wing dictatorship of Ioannis Metaxas came to power and Epitaphios was burned publicly at the foot of the Acropolis in Athens. Ritsos responded by taking his work in a different direction. He began to explore the conquests of surrealism through the domain of dreams, surprising associations, explosions of images and symbols, a lyricism illustrative of the anguish of the poet, and both tender and bitter souvenirs. During this period Ritsos published The Song of my Sister (1937) and Symphony of the Spring (1938).[2]

During the Axis occupation of Greece (1941–1945) Ritsos became a member of the EAM (National Liberation Front) and authored several poems for the Greek Resistance. These include a booklet of poems dedicated to the resistance leader Aris Velouchiotis, written immediately upon the latter's death on 16 June 1945.[5] Ritsos also supported the Left in the subsequent Civil War (1946-1949); in 1948 he was arrested and spent four years in prison camps. In the 1950s Epitaphios, set to music by Mikis Theodorakis, became the anthem of the Greek Left.

In 1967 he was arrested by the Papadopoulos dictatorship and sent to a prison camp in Gyaros, later to Samos and finally Lemnos. 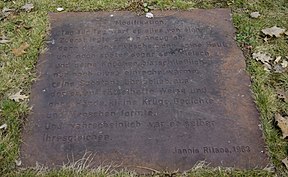 Today, Ritsos is considered one of the great Greek poets of the twentieth century,[6][7][8] alongside Konstantinos Kavafis, Kostas Kariotakis, Angelos Sikelianos, Giorgos Seferis, and Odysseas Elytis.[4] The French poet Louis Aragon once said that Ritsos was "the greatest poet of our age." Pablo Neruda declared him to be more deserving of the Nobel Prize for Literature than himself.[4] Ritsos was unsuccessfully proposed nine times for it. When he won the Lenin Peace Prize in 1975, he declared "this prize is more important for me than the Nobel."[8]

His poetry was banned at times in Greece due to his left wing beliefs.

I know that each one of us travels to love alone,
alone to faith and to death.
I know it. I’ve tried it. It doesn’t help.
Let me come with you.

—from Moonlight Sonata. Translation by Peter Green and Beverly Bardsley

To my ear, many of these selections are simply short prose works, lacking the concentration of the best poetry. The pieces of ancient history and mythology from Repetitions such as "The Graves of Our Ancestors," "Alcmene," "Philometa," and "Achilles After Death" seem among the better efforts. [...] he often uses dream imagery, which can be effective in small doses but soon grows monotonous: not all concepts can be expressed in images. [...] But Ritsos is also capable of writing with great power. His best poem is "Romiosini," a lengthy paean to the spirit of the Greek Resistance.

Ted Sampson stated that Louis Aragon's declaration about Ritsos was "hyperbolic", but wrote that the poet still "excelled in brief epigrammatic utterances as well as in extended lyrics, sequences, and verse dramas of astonishing imagistic and thematic originality—to say nothing of their latent emotional intensity".[15]

Ritsos is also a Golden Wreath Laureate of the Struga Poetry Evenings for 1985.

His daughter, Eri, was a candidate for the European Parliament with KKE in the elections of 25 May 2014.